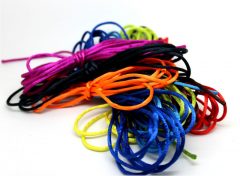 Thank you to all of you who encouraged me to join the Bloggersphere – all you who said I should carry on from where Cogs, Strings and Other Things (my article in BACP‘s Therapy Today, July 2017) left off.

I ended with a brief description of Cognitive Rehabilitation Therapy (CRT). I wasn’t entirely happy about that, so it’s nice to have the opportunity to explain a bit more at length. But I want to keep things as brief as possible, without need for a caffeine fix. I’m going to do it bite-size. So, to begin at the beginning.

CRT is generally accepted as having its beginnings in World War I. Veterans returning to their countries severely injured were mostly seen as heroes. Yet their disabilities, whether due to the loss of limbs and/or brain damage, prompted a need for care and whatever rehabilitation was possible for them at that time.

There was no single therapy to look to. (Hardly surprising. As is often said: “When you’ve seen one brain injury, you’ve seen one brain injury”.) Neither does CRT have a godhead figure such as Freud, Jung, Rogers, Beck, Yallom, Perls. et alia. Those of you out there studying and practicing neuropsychology may well be thinking of Alexander Luria, Alexei Leontiev and Lev Vygotsky.

It’s true these three began tying together psychology, sociology, physiology and behaviour in the 1920s into what became known as “Soviet Psychology” and worked with brain injured patients. But their interest strikes me as more to do with the organism of the mind than an intent to enhance the quality of lives, which is what CRT is about.

No. My nominations are Prof Anne Sullivan Macy and Helen Keller.

Okay, yes I know we’re mainly talking Speech and Language Therapy (SLT) here, and they would not have consciously linked what they were doing to an academic thing called “brain plasticity” (the brain’s ability to rejig itself). That had yet to be noted, analysed and played around with rather than merely witnessed. But watch and listen to Macy here as she explains her method by which she taught Keller to first learn to produce the sounds of our alphabet, and later string them into words and thereby communicate more and more with her expanding world.

It all comes down to environment and sensory learning. And what makes sense of the senses and tells us there’s a world, a universe around us? Our brain.

I’m also putting their work in the context of Keller’s championing disabled people’s right to as much of an active and independent life as is possible. Working with the American Foundation for the Blind, she helped set up rehabilitation centres and at the end of World War II visited hospitals to counsel soldiers.

That’s it for now. Part Two is to follow in which I’ll go into CRT’s development. For now I leave you with Hollywood’s dramatisation (and I mean DRAMATISATION – you won’t know whether to laugh or cry)  of Helen Keller’s eureka moment at the water pump in The Miracle Worker.